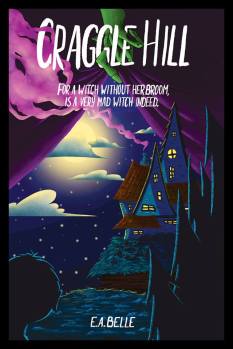 At the top of Craggle Hill, in a village named Appleworth, there lived a woman called Eartha and her two cats, Hazel and Wart.

Now, it was no secret to the community of Appleworth that Eartha practiced herbal medicine. The fact that she could actually do real magic was always kept secret from the world and only ever practiced behind closed doors. She was what you would call a natural witch. And natural witches, like Eartha, used the earth’s resources and energy to help people who needed it. All that Appleworth knew, was that Eartha provided people with cures and remedies she’d made from the herbs and plants in her garden. You could always catch her tending to her luscious herb beds or boiling up some new concoction in her cauldron. Her door was always open to help anyone who needed it. Or at least, that’s how it used to be.

One day, after a series of vandalism and taunting towards her craft, Eartha decided to close her doors to the village. They’d taken her well-meaning practice and twisted it into being dark and evil. She wasn’t sure what had happened, or why the town had suddenly turned against her, but there was nothing she could do or say.

As the months passed by and the villagers’ disapproval towards her skills became worse, so did the taunting. And one night, after a second fire attack, Eartha decided to take serious measures and took to the garden with a spade and began to dig.

Three and a half weeks later, after endless mud flinging and hours and hours of back-breaking hard work, she stood back and observed. She smiled. She was safe. Surrounding her property now was a twelve-foot deep and wide ditch. The only way in or out was via broom… Or so she thought.

On All Hallows’ Eve, Eartha’s broom is stolen right from under her nose. Who did it and how she doesn’t know. But the one thing she does know is she is furious and finally ready to teach the people of Appleworth a lesson in manners.

For a witch without her broom, is a very mad witch indeed.

Trick or Treat is a pick ‘n’ mix of sweet, funny, scary, and gross poems that are sure to get you in the mood for Halloween. So, open if you dare and see if you get a trick or a treat.

Are you afraid of the dark? Do you shiver at the mere mention of ghosts? Do you hide behind your pillow when you watch a scary movie? If so, this book is NOT for you.

Inside the pages of this book, you will find five stories that are sure to leave you creeped out and sleeping with the light on for at least a week and a day. With stories of night stalkers in the woods, possessed puppets and scary babysitters, this is sure to get your blood pumping and every hair on your body standing to attention.

The decision to read on is yours. But remember… you’ve been warned. 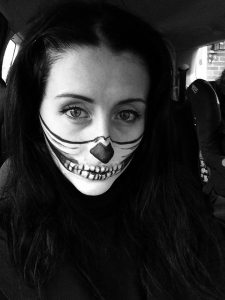 E.A.Belle is a children’s author and poet who believes that reading to and with your kids is one of the best bonding moments in life.

​Belle lives in the rural county of Shropshire, England, and spends her days looking after her children and writing.

She is a wife, mother, wicked step-mother, lover of all things Halloween and a wannabe witch.

Visit the website of E.A. Belle by clicking HERE