I’m a journalist by trade, a television journalist and director/producer. My working life has been spent all over the world, covering stories which I believe matter. Nowadays, as I am doing less, I have had the time to write a novel, about one of the stories I covered as a TV journalist – the stolen children of Argentina. Normally I write in my study at home, overlooking the garden, and I shut myself in there for hours at a time, turning out the book.

Click on the logo to go to David’s Company webpage

2. Briefly tell us about your work in progress, what are you planning next?

I have started another book, but am not sure how it ends yet, so I’m keeping mute about it. Most of my free time now is spent pushing my book ‘Stolen Children’.

3. What was the most unusual source of inspiration for any of your books?

I am afraid I am a bit of a cheat, relying on personal experiences and then expanding them into scenes of my novels. The  scenes are easy, I am just relying on memory. Extending them into fantasies and/or book plots is rather more difficult.

4. Who was your favourite character to write about?

I don’t think I have a favourite character to write about, but strong men with lots of faults, and strong, bright women are usually the subject of my reveries.

5. Finally you are invited on a mission to a New World (unfortunately you cannot take any members of your family, friends or pets). Please tell us:-

a) Your favourite fictional character to accompany you?

b) Your favourite book?

d) Your favourite food & drink to take with you (we don’t know what will be available on the New World).

Brains – my mother used to cook them for me, and now you can’t buy them in Britain and I am not very often in France.

e) Finally, tell us the one (Yes, that is just ONE) item you cannot live without?

Here are the two books that David has been involved in publishing:- 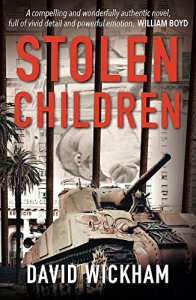 In Argentina in the mid 1970s, a young student,  Caridad, meets a older lawyer, Guillermo and they begin an affair, even though Guillermo is married. It is the middle of the Dirty War, run by a Military Junta brutally trying to control growing  civil unrest.  Guillermo thinks the Junta is fighting a just war, until he falls in love with Caridad. Very soon, Guillermo decides to give up his marriage and marry Caridad but then she ‘disappears’, one of thousands of (mostly) left wing students, trade unionists and academics who are kidnapped by the State and never seen again. Most are brutally tortured and then killed; a few are pregnant when captured, allowed to have their babies in prison and then killed. One such is Caridad. Guillermo did try to find Caridad, but did he do enough?

Five years later, Argentina’s Dirty War is over; the Falklands War has deposed the Military Junta. One Thursday afternoon, Guillermo sees a demonstration outside the President’s Palace by women looking for their disappeared children, and he sees a picture of Caridad held aloft by her mother, Clara. He hears Clara tell a television interviewer that her daughter was kidnapped while pregnant. Without revealing his reason, he offers his services pro bono to Clara, to help search for Caridad’s child.

Eventually Guillermo and Clara track down a five year old boy who they believe is Caridad’s (and therefore Guillermo’s) son. The child’s supposed father turns out to have been the Commandant of the prison where Caridad was incarcerated. In the fight for the child, Guillermo’s parental connection become exposed, and he is left alone by his wife and then nearly killed by the young child’s supporters. But Clara forgives him. Eventually Clara and Guillermo learn that the child is not the one they are searching for, and that sends Guillermo slowly mad. He takes off into the country and vanishes, wracked by guilt over his cowardice. Clara continues her searches alone.

Years after that, a young woman, Louisa,  learns that she is a Disappeared, and also Caridad’s daughter. As Louisa’s background is revealed, she decides she must now search for her father, Guillermo.  But is she too late? 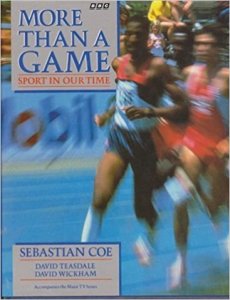 More Than A Game

A factual account of sport and politics. It was written with  David Teasdale and Sebastian Coe to accompanying an eight hour  television series of the same name which I produced for the BBC. While the series was running the book did amazingly well, getting into the Sunday Times Best Seller list.

Thank You for dropping by. 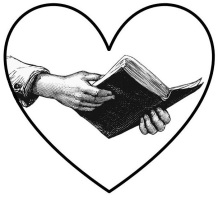